The son of 1982 world champion Keke Rosberg, Nico Rosberg’s Formula One arrival in 2006 was greeted with inevitable interest, but although the German showed flashes of brilliance in his early F1 career, it wasn’t until he outperformed seven-time world champion team mate Michael Schumacher at Mercedes between 2010 and 2012 that he showed his true potential.

Known for his cerebral approach and strong work ethic, Rosberg has since established himself as one of F1 racing’s quickest and most consistent drivers, attributes which carried him to an extremely close second in the 2014 drivers’ championship. 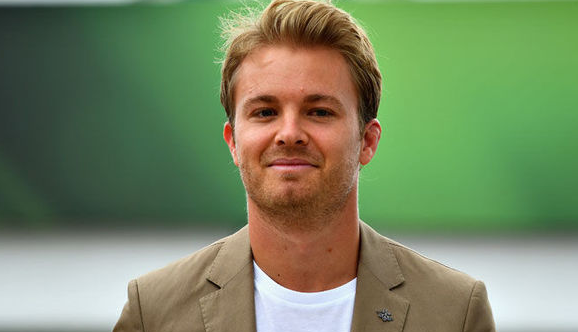 Like the man he lost out to in 2014, Lewis Hamilton, Rosberg began his career in karts, honing his skills from the age of six at the tracks surrounding his parent’s Monaco base. However, driving fast wasn’t his only love – after several years juggling his time spent behind the wheel with a growing passion for tennis, Rosberg eventually plumped to pursue a racing career.

Regional, French, and international championships swiftly fell to the by-now multilingual young German and after five years spent at the top of karting, Rosberg entered the single-seater formulae. In his first year, aged just 17, he made mincemeat of the Formula BMW opposition, taking nine victories from 20 starts to win the championship.

As a reward for his triumph, Rosberg was granted the chance to test for BMW Williams in 2002, making him the then youngest person to drive a Formula One car. His performance in Barcelona earned him two further runs with the British F1 team, first in Jerez in December 2003 and again in January 2004 in Barcelona.

For 2003, Rosberg graduated to the Formula Three Euroseries, driving for his father’s team. Although his two seasons proved successful enough with several wins, a second championship title remained elusive. Nevertheless, Rosberg felt himself ready for another move upwards and for 2005 joined the ART squad to compete in the new GP2 Series. Aged 20, he took five wins in the series and beat Renault protege Heikki Kovalainen to clinch the inaugural GP2 crown.

With yet another string to his bow, Rosberg was offered a Formula One race seat by Williams for the 2006 season, partnering Mark Webber. Frank Williams’ faith was swiftly repaid by Rosberg’s seventh-place finish in his debut Grand Prix in Bahrain, where he also recorded the fastest lap of the race (the only one of the season not set by Ferrari, Renault or McLaren).

As the year progressed, however, Rosberg’s natural speed was not enough to overcome the fallibility of the Williams FW28 – or indeed his own inexperience at motorsport’s very highest level. Although Rosberg Junior had recorded more race starts at the age of 20 than his father made in his entire career, he had his fair share of accidents, most notably at the final round in Brazil, where he managed to take out his team mate.

The good thing about mistakes, though, is that you learn from them and Rosberg proved to be a far more rounded package in 2007. He scored the bulk of Williams’ points, outpaced veteran team mate Alex Wurz, and took a career-best fourth place at the final round in Brazil. In 2008 he went even higher, with a third in Australia and a second in Singapore, despite a generally uncompetitive Williams FW30.

The podium sadly eluded him in 2009, even though he scored all 34.5 of Williams’ points. He made Q3 at all but two of 17 Grands Prix, finished in the top eight 11 times and retired just once (a mechanical failure). Confident he could do more in the right machinery, he announced in October that ’09 would be his last season with Williams and subsequently signed with Mercedes (formerly Brawn GP) for 2010. With his new employers having just completed the championship double, the timing looked good.

Unfortunately for Rosberg, however, their domination disappeared almost overnight with a ban on double diffusers and the best results from his first season in silver were third places in Malaysia, China and Great Britain. On the plus side, he ran roughshod over new team mate Schumacher, who’d returned to the sport three years into his retirement. The pattern continued, albeit to a lesser degree, in 2011, when Mercedes were unable to provide a car that could seriously challenge for top-three placings.

Rosberg again had the upper hand on Schumacher in 2012, at least in terms of points scored, even if they were evenly matched in qualifying. Rosberg also delivered Mercedes their first Formula One victory as a manufacturer since 1955 with a composed pole-to-flag drive in China. Sadly for Rosberg, rather than being the start of things to come, it was to prove the high point of another difficult season for the team, his only other podium coming with second in Monaco. As Mercedes slipped off the front-running pace, Rosberg did the best he could, consistently finishing races and picking up points, to eventually finish ninth in the drivers’ standings.

The 2013 season brought with it a more competitive Mercedes and also a fresh challenge for Rosberg in new team Lewis Hamilton, a former rival from his karting days. He scored two wins to Hamilton’s one, including a superb and well-deserved triumph in Monaco, but ultimately found himself slightly overshadowed by the Briton, finishing two spots below him in the final standings, in sixth place.

In 2014 Rosberg’s longstanding rivalry with team mate Hamilton ratcheted up a notch as it became quickly apparent that armed with the dominant F1 W05 Hybrid, one of them would be crowned world champion. Rosberg took the early advantage and held sway for much of the season thanks to his superb consistency, but in the end Hamilton had the critical edge. It was an edge Rosberg was again unable to overcome in 2015, as once more he was forced to play second fiddle in the standings, despite a late-season resurgence which saw him win the final three rounds, bringing his victory tally for the year to six.